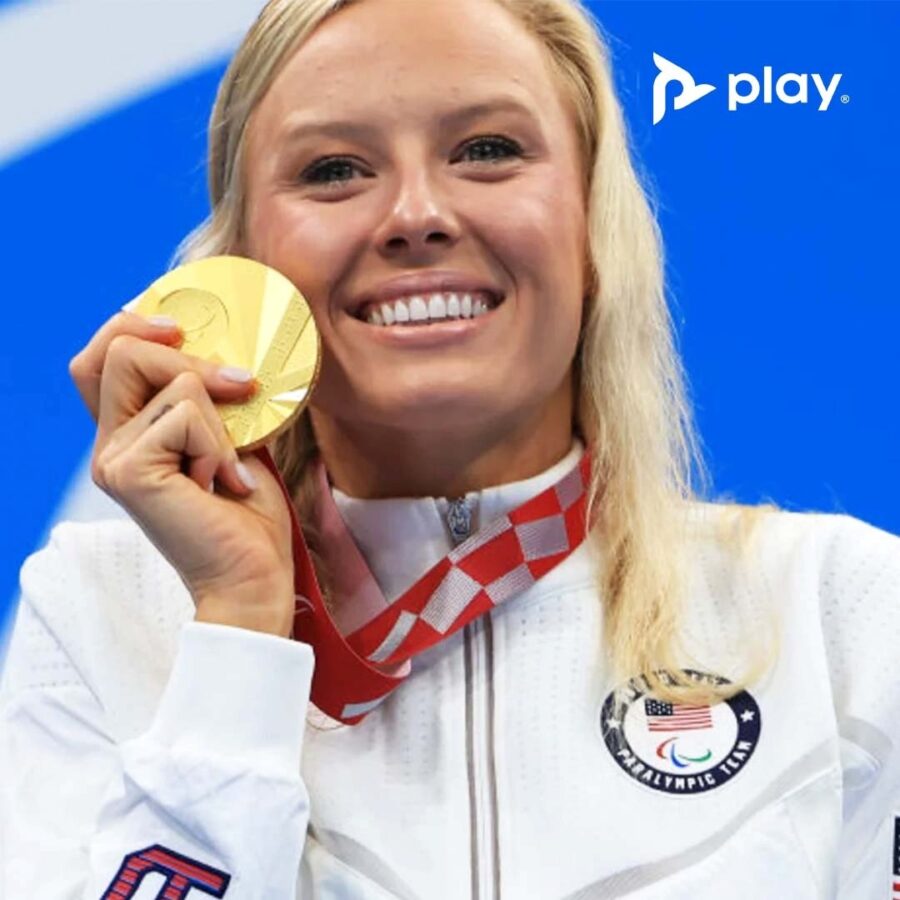 This year, the United States made a strong finish at the Tokyo Paralympic Games. Many of our multi-medalists excelled in a variety of sports, and a whole nine world records were smashed between the entire team. Today, in celebration of the United States’ best year in Paralympic sports since 2008, we’ll be highlighting one of our best and brightest that represented us this year.

Jessica Tatiana Long (born Tatiana Olegovna Kirillova in Bratsk, Russia) was diagnosed with fibular hemimelia at birth. After entering foster care, Long was adopted by an American couple at 13 months old, and at 18 months, she received bilateral below-knee amputations. Fitting herself with two new prosthetic legs, Long learned how to walk from a young age, but she didn’t stop there. After she learned to walk, she learned to run, and that’s just the start of it: ice skating, cheerleading, basketball, gymnastics, biking, and track and field, before settling on her lifelong passion. Long has always had a special connection with the water from the moment she started swimming.

"The water has always been a place of freedom, safety, but also feeling really strong and capable," Starting out in her grandparent’s pool, she fantasized about being a mermaid for hours at a time. Her family encouraged her to join her first competitive swim team at age ten, where she excelled— and by age 12, she was competing in the 2004 Paralympic Games at Athens.

In Athens, Jessica Long had been the youngest US Paralympic athlete to ever compete. There, she earned her very first gold medal in 100m freestyle, simultaneously breaking numerous records as youngest US gold medalist and earning not only her initial gold medal, but another two as well in 400m freestyle and 4x100m freestyle relay respectively.

"I remember showing up behind those blocks, just thinking to myself 'I did not come here to get second,'” Four years later, and she was behind those very same blocks in Beijing at the 2008 Paralympic Games. Not keen to lose her streak, she tripled her collection of medals: four gold medals in 400m freestyle, 100m freestyle, 200m individual medley, and 100m butterfly; a silver in 100m backstroke, and a bronze in 100m breaststroke. In 2012, she won eight medals total, five gold, two silver, and one bronze in London; in 2016 she won five total, one gold, three silver, and one bronze.

Finally, we reach the current year, where tensions were high after the 2020 Paralympic Games were postponed to 2021. Long landed in Tokyo with the same mindset that propelled her to world-record gold-medalist status, and that mindset paid off. Her fifth Paralympic Games overall, Long netted six medals total this year: three gold in 200m individual medley, 4x100m medley relay, and 100m butterfly; two silver in 400m freestyle and 100m breaststroke, and one bronze in 100m backstroke.

“I’m over the moon,” Long said, according to U.S. Paralympics Swimming. “I’m just so happy.”
"I really live for the racing, the moments in those races where everything slows down even though you're swimming as fast as possible," she said. "That's what I trained for." By all accounts, that training has paid off. Jessica Long is second to only Trischa Zorn for most gold medals in a single sport. According to Jessica, however, it was about more than just bringing home the gold. "I'd love the gold and that's what I'm obviously going for,” she remarked in an interview with Today. “but if I never bring home another gold in my life, I am more than enough," 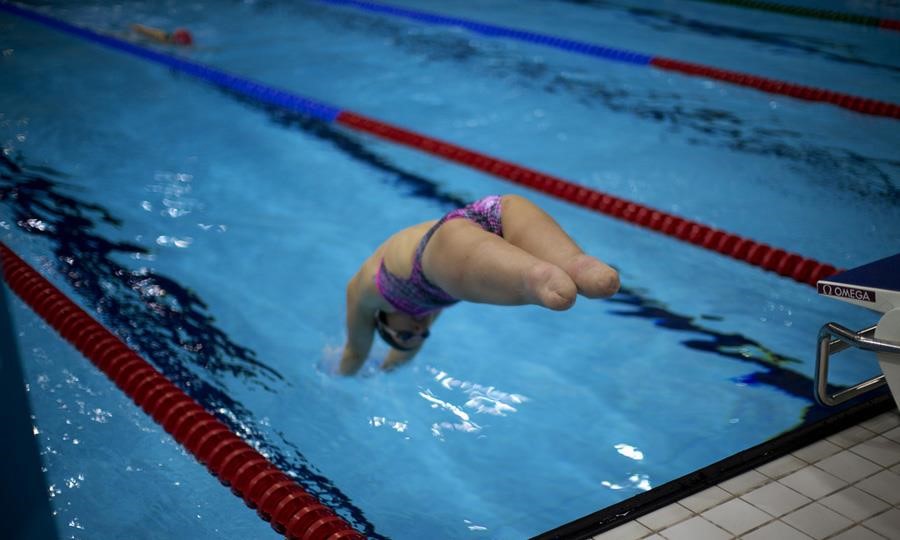 “I am more than enough.” Inspiring words to end on from one of the greatest Paralympic swimmers to compete. At Premier Prosthetics and Orthotics, we want you to feel like more than enough, regardless of whether you get the gold or not. PPO wants you to do you best, and to push the boundaries of what your best is. We’re here to support and uplift you, no matter what the obstacles are— tiny or Paralympian. Contact us at 314-262-8900 or send us an email at contactus@premierpando.com for more information.